Jesper Stein is a multiple prize winning author from Denmark and is the third best selling author in his home country as well as a European best seller.  Film rights for the first 3 books in this series have been sold to the producers of The Bridge. In the UK Mirror Books have a 5 book deal for his Axel Steen series and Die for Me is the second of these books. Currently the only other book in the series translated into English is the 2012 crime novel Unrest (published in English in 2018).

I did not find Unrest particularly easy to read in 2018 but at the same time recommended it to some people who were looking for something new to read as the story stayed with me, particularly the urban nature of his setting and his vivid descriptions. Upon further reflection I think I had a hard time getting to know maverick Detective Superintendent Axel Steen in Unrest. I found Axel kind of impenetrable and arrogant.  The good news is in Die For Me I am coming to know Axel Steen a little better and starting to like him.

Axel still has a blatant disregard for authority at work. He treads a fine line between doing his job and being fired.  In Die For Me Axel is thinking more clearly about his position and the positions of those around him when compared to Unrest where he didn’t seem to think about anyone other than himself. There is a particularly tense relationship between him and the smarmy Jens Jenson, a colleague who is now in a relationship with Axel’s ex Cecile (and mother of his young daughter Emma). His relationships with colleagues provide the reader an opportunity to empathise with Axel, after all, who hasn’t had malicious thoughts about a bureaucratic colleague or felt frustrations about an ex partners new love interest!

Personal relationships are another area where we the readers can get to know a character further. Axel is a man who loves his young daughter but gets so wound up in his work that you wonder how he can possibly balance his job and his responsibilities. There is no doubt he loves his daughter but there is a tangible tension between Cecile and Axel regarding their child Emma and the environments that Axel exposes Emma to.  The author cleverly uses Axel’s relationships with his daughter and various women in his life to add depth and different dimensions to the character. There is no doubt that you get to know him a little more clearly in Die For Me.

Now to the story…

In Die For Me  fear grips residents of  Copenhagen as a depraved predator stalks the city. Like Unrest the book’s location is very urban. If you are familiar with Copenhagen you will recognise the books setting and may be familiar with the stations, parks and restaurants mentioned in the story. Most of the action takes place around Norrebro in summer 2008 and we are provided a street map at the beginning of the book for reference.  Axel’s life seems to have become a little more balanced in this book although he is haunted by a past case, known as the Blackbird case, which may or may not relate to the current case he is working on. 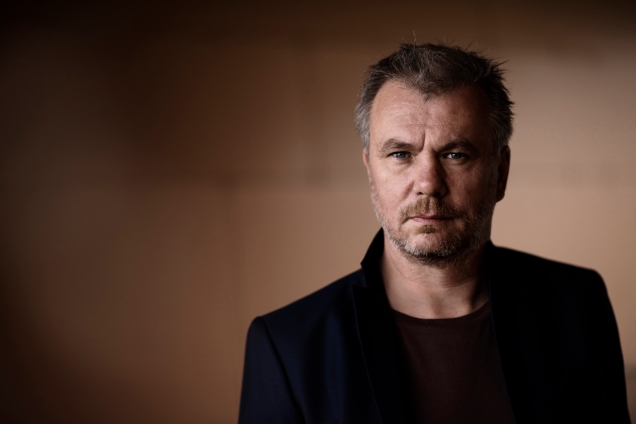 The subject matter of the story covers the worst of human nature. It is dark and dangerous. The story is fast paced and covers a rough two week period. Chapters are short. If you can only read a few pages before bed then this is a great book for you (if you have the self control to put it down!) Stein’s books lean more towards Stieg Larsson style of vivid descriptions however so certain scenes are quite disturbing and it may not be ideal bedtime reading for some. There is good attention to detail and psychology as well as the experiences of those who have been raped which made this a rich crime fiction read. I really felt that the Stein had done his homework on this front.  He probably drew on his real life experience and contacts as a crime reporter for a Danish newspaper.

If you like your Nordic Noir, urban, fast, gritty and are fond of the police procedural format then this is the book for you. Buy Unrest and Die For Me at the same time and steep yourself in Copenhagen and the driven, maverick cop’s cases. There are more books to be translated into English, possible screen versions to come and you could be seduced into enjoying this Danish series before you know it. 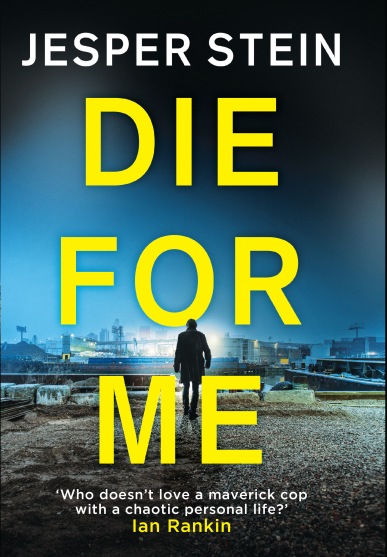 Disclosure: I received a copy of this book to read from Mirror Books.

← Chilled to the Bone – #NordicNoir at the Capital Crime Festival by guest blogger Ewa Sherman
Bang! An interview with Danish actor Claes Kaspar … →