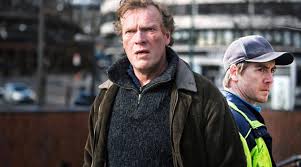 (Spoilers)  Valkyrien won Best TV Drama, Best Male Actor, Best Female Actor at the Norwegian TV Awards 2017. The show, which is on TV in the UK as part of the Walter Presents showcase, tells the story of a doctor who is forbidden by hospital authorities to continue experimental research to save his terminally ill wife. The leading surgeon sets up an illegal hospital in an abandoned Oslo subway. Doctor Ravn (Sven Nordin) is desperate to find a cure for his dying wife Vilma (Pia Halvorsen). When the hospital stops her treatment, he continues to work in secret and is forced to compromise his ethics and join forces with corrupt civil defence worker and Doomsday prepper, Leif (Pål Sverre ValheimHagen), who has widespread knowledge of the city’s underground shelters and secret passages, as well as significant connections with the Oslo underworld. Together they build an illegal clinic in an old bomb shelter deep underground Valkyrien Square. As Ravn continues his research to save his wife, he must also care for criminals who need to avoid the authorities. Ravn believes he will find a miracle cure, while Leif is convinced that the end of the world is nigh. 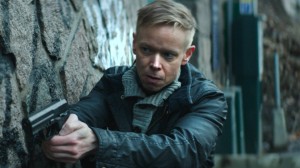 The show started brilliantly in an excellent robbery scene where the door accidentally closes during a robbery locking all but one of the robbers inside and one robber outside with all the money! The scene was loaded with menace but it also made us laugh.  I don’t think there were any further laughs in the show however. We enjoyed watching all 8 episodes and could not figure out how on earth the series would finish.  It kept us guessing.  Overall the drama was a little disjointed and had moments in it  which were just unbelievable (in the spirit of  another Norwegian TV series Mannon). I couldn’t help wondering that if the show had more episodes to work with then perhaps this may not have been so obvious. The acting in the show was great, the pace was good, every episode left you with questions some about the plot.  They covered a fair amount of topics such as big pharma power, healthcare systems, mental health and theories which have become popular with the growth of the internet  such as survivalism.  I don’t know how many times we said ‘this show bonkers’ while we watched. It was something different! 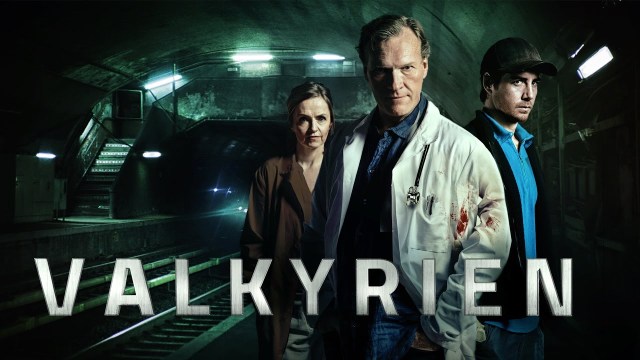 ‘If you binge-watch one series, make it this loopy, ingenious Norwegian thriller. My
current show crush’ New York Times