Another classic Spiral blog from Andy…Merci!

Remember the dreadlocked boy that was with Laeticia last week? Well a few of you took great delight in telling me that the “dreadlocked boy” was actually a girl. Takes me back to the time where I thought a male acquaintance of mine was gay after he had a string of partners called Chris (Christine), Nick (Nicola), Lee (Leigh) and Dave. Ok that last one isn’t true, but still. 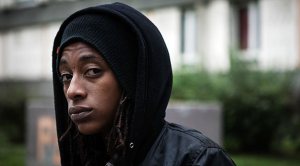 We begin in the morgue with a very dead Pierre lying there with Josephine and Laure looking at his body.   And some of you didn’t believe he was dead. There is no clemency for Monsieur Clement. Pierre’s parents arrive and you can see it was his mother he got his looks from. When the parents ask if they know if Pierre had a girlfriend, Josephine says she doesn’t know.